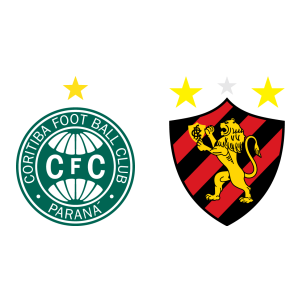 Coritiba are eleventh in the league standings with sixteen points, having failed to win any of their previous six games. Coritiba played out a 2-2 draw against Vasco da Gama in their last game after losing to Gremio and Cruzeiro in the preceding matches.

Their opponents tonight, Sport, recorded two back-to-back wins in their last two matches to reach the twelfth position with fifteen points. The 1-0 wins over Santos FC and Atletico PR were sure to provide relief to the fans of the club who witnessed a four-game winless streak prior to that.

Jonas is suspended while Rodrigo Ramos, Joao Paulo and Alan Santos are sidelined through injuries. The visitors will be without the injured Anselmo and Rogerio.

According to Coritiba vs Sport H2H Stats, the last five matches between these two clubs have resulted in one draw and two wins for either club.

Both clubs are in desperate need of points to ascend to the top half of the league table and are in different form streaks right now – while Coritiba started their season in a brilliant fashion, Sport struggled to get going. However, fortunes have turned and Sport are on the rise now while Coritiba are looking to win games.