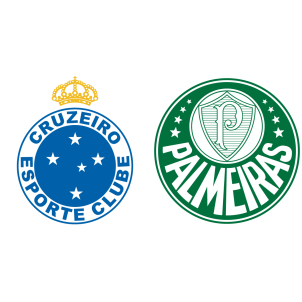 Cruzeiro vs Palmeiras – Cruzeiro hosts Palmeiras at the Mineirão, Belo Horizonte on 9th June, Sunday in a Brasileiro Serie A match.

Cruzeiro are thirteenth in the league with fourteen points and have won only two of their previous six matches. They are coming off a 3-1 loss to Atletico MG and are desperate to get back to winning ways.

Palmeiras are fourth in the league table with nineteen points, trailing league leaders Corinthians by ten points. Since their 1-0 loss to Santos FC, they have won four consecutive league games and even defeated Gremio 1-0 in their most recent fixture.

Manoel, Giorgian de Arrascaeta and Dede are sidelined through injuries for the home side while the visitors will be without the injured Arouca, Moises, Thiago Martins and Felipe Melo.

“We know that Cruzeiro is a great team that has the obligation to win titles and we will charge ourselves for winning the competition, to always be fighting at the top of the table, we have a lot to improve, we are working for it. Which inside the locker room is closed and we need to take it to the field.”

“It’s a tough sequence, the games that have passed and those that come in. We have Cruzeiro, Corinthians, Vitoria, Flamengo. The championship is tough, intercalating with Brazil Cup and Libertadores becomes more difficult. It is natural to rest the headlines and train who did not play.”

According to Cruzeiro vs Palmeiras H2H Stats, the last five matches between these two clubs resulted in three draws and one win for either side.