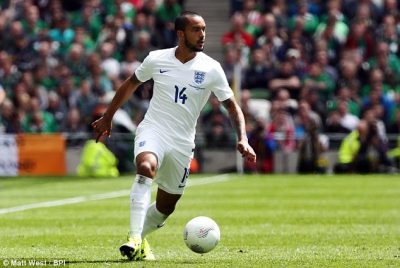 Slovenia vs England – England travel to Stadion Stozice on 11th October, Monday to face Slovenia as they aim to secure their third consecutive win in the 2018 FIFA World Cup qualifiers.

England have won their first two matches of the first round of the qualifying campaign against Slovakia and Malta while Slovenia defeated Slovakia last week having played out a 2-2 draw against Lithuania in September.

England top the Group F standings with six points while Slovenia sit on the third position with four points, with the top two teams poised to qualify for the next round.

Kevin Kampl is Slovenia’s only absentee after the midfielder withdrew from the squad due to exhaustion. England’s main injury concerns are Ryan Bertrand, Phil Jagielka and Tom Heaton. The talking point ahead of England’s match is the fact that Wayne Rooney has been dropped from the squad. Although Gareth Southgate asserted it was a tactical decision, fans and pundits believe it was owing to his poor performance against Malta.

“We have looked at the way Slovenia play and I knew in my mind the profile of the midfield I wanted to play in this game. In no way is it a reflection of Wayne’s performance on Saturday.

He had a lot of the ball and played with great tactical discipline. It’s not an easy decision to take because of the respect I have for him as the captain of this team.”

According to Slovenia vs England H2H stats, the Three Lions have won all of their previous four encounters with Slovenia. England are likely to win 1-0.