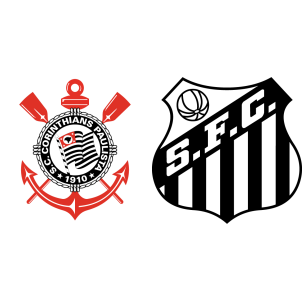 It’s still early days in the top flight of Brazilian football with Chapocoense AF leading the pack with seven points and a superior (+3) goal difference after three games. Corinthians and Cruzeiro are second and third respectively, although they have seven points due to a +2 goal difference.

Santos FC are fifteenth in the league standings, having won one and lost two of their first three games, including their 1-0 loss to Cruzeiro in their previous outing. Corinthians won 1-0 against Atletico GO in their last match.

Leo Principe, Giovanni Augusto, and Fabiano Balbuena are sidelined through injuries for the home side while the visitors will be without the injured Caju, Luiz Felipe and Gustavo Henrique.

According to Corinthians vs Santos FC H2H Stats, the last five matches between these two clubs resulted in three wins for Corinthians and two wins for Santos.

While Santos FC have conceded at least two goals in their last three away matches, there have been under 2.5 goals scored in Corinthians’s last eight Brasileiro Serie A home games.

It’s still early days in the tournament but each and every point counts while deciding the title winners. It should be a closely contested affair but Corinthians are expected to win 1-0 tonight.