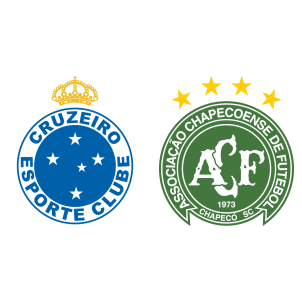 Cruzeiro vs Chapecoense – Cruzeiro host Chapecoense at the Mineirao, Belo Horizonte in a crucial Brasileiro Serie A match on 4th June, Sunday. Both teams are competing for the title, although it is still early days.

Ahead of this gameweek, Chapecoense were top of the table with seven points while Cruzeiro was trailing on goal difference only. Chapecoense are still reeling from the terrible air crash which decimated its team last season but have started the competition on a high.

Cruzeiro defeated Santos 1-0 in their last game while Chapecoense won 2-0 against Avai FC.

Ezequiel, Manoel, Marcos Vinicius and Robinho are sidelined through injuries for Cruzeiro. Chapecoense will be without the injured Nathan, Joao Pedro, and Moses Ribeiro.

“I hope we can help the team as best we can, we know the potential of the Chapecoense team, but we’re back to giving our best. There’s nothing better than getting back to the team and it’s winning, in good phase. You have more peace of mind in order to work, so you can go to the games.”

According to Cruzeiro vs Chapecoense H2H Stats, the last five games between these two clubs have resulted in two wins for Cruzeiro, one win for Chapecoense and two draws.

There have been under 2.5 goals scored in Chapecoense AF’s last ten Brasileirao Serie A games. Also, Cruzeiro have kept a clean sheet in their last 3 home matches against Chapecoense AF in all competitions.

Cruzeiro are undefeated in their last eight home matches in the league and will be the favorites tonight. A 1-0 win for Cruzeiro is the most probable result.