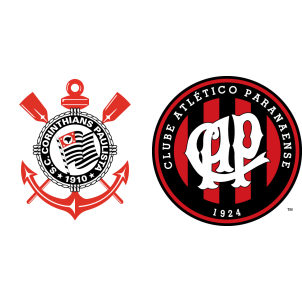 Corinthians sit atop the league table with thirty-two points, opening up a massive nine point lead early in the season and have won their last five games on the trot. They defeated Palmeiras 2-0 in their last game.

Their opponents tomorrow, Atletico Paranaense, on the other hand, have failed to win any of their last three league games – a 1-1 draw against Chapecoense was sandwiched between 1-0 loss to Sport and a 2-0 defeat to Cruzeiro.

Giovanni Augusto, Danilo, Vilson are sidelined through injuries while Guilherme Arana and Rodriguinho are suspended. The visitors will be without the injured Carlos Alberto, Guilherme, Mattheus Rossetto and the suspended Thiago Heleno.

“We have worked hard for that, and when there are suspended players and the team, we prepare ourselves in the best way so the team does not change the game’s standard and intensity.”

According to Corinthians vs Atletico PR H2H Stats, the last five matches between these two clubs have resulted in two wins for either side and one draw. In fact, Corinthians are undefeated in their last six home matches against Atletico PR in all competitions.

Corinthians have not only won eleven of their last twelve Brasileirao matches, but have also kept clean sheets in their last seven games.

The visitors have had problems getting themselves on the scoresheet, as there have been under 2.5 goals scored in eleven of Atletico PR’s last twelve games. Corinthians are the favorites and are likely to win 2-0 tonight.