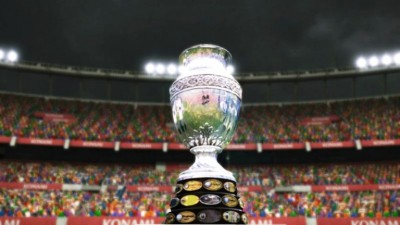 The Copa America, one of the most prestigious football tournaments, is the oldest international continental football competition. Formerly known as Campeonato Sud Americano de Football, the competition was first held in 1916. Men’s national football teams affiliated to CONMEBOL, the South American Football Federation take part in the Copa America, the winners of which are the continental champion of South America.

The first edition of Copa in July 1916 saw Brazil, Argentina, Chile and Uruguay participate. Uruguay were adjudged the winners after they drew 0-0 against hosts Argentina in the finals. The competition has one of the most fascinating historical basis for any international football competition. From the 1918 edition getting cancelled due to a flu epidemic in Rio de Janeiro to Brazil lifting the trophy for the first time in 1919, from the eight year period of absence due to founding of Copa Libertadores to the regular resumption of the competition in 1987, Copa America has been through ups and downs, symbolizing the beautiful game in the truest sense.

The host country is chosen by a rotation policy, decided by CONBEMOL in 1984 among the ten members of the confederation. Till date, Argentina have hosted Copa the most number of times (9) while Paraguay, Colombia and Venezuela have hosted once each. One of the unique things about Copa America is that since 1993, two countries from other confederations, usually CONCACAF (due to their geographical proximity) are invited. The likes of Jamaica, Japan, Costa Rica, Honduras, Mexico and United States of America have been invited and played in the Copa America.

In the current format, twelve national teams feature, in form of four groups which initially play the round-robin format and then proceed to the knockout stages. The knockout rounds comprise of quarter-finals, semi-finals, third-place match and finals. Although the entire competition takes over a month to finish, it is one of the most viewed sporting spectacles in the world.

Since its inception, six countries have won the Copa America, Uruguay being the most successful with 15 triumphs. Argentina have won 14 titles while Brazil have won eight times. Paraguay and Peru have two Copa America trophies next to their name, while Bolivia and Colombia won it once each. Uruguay are the current champions after they defeated Paraguay 3-0 in the finals of the 2011 Copa America, hosted by Argentina. Luis Suarez was adjudged the best player.