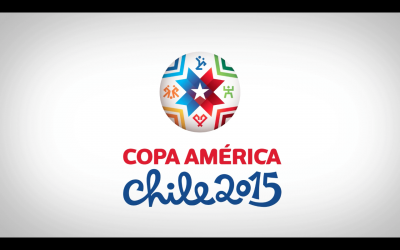 The 2015 Copa America, 44th edition of the world’s oldest international continental football competition is all set to begin on 11th June, 2015. Chile are the hosts in this edition of the competition, which is organized every four years by the South American football federation, CONBEMOL.

The twelve teams have been divided into four groups. Group A consists of hosts Chile, Mexico, Ecuador and Bolivia. Group B consists of Argentina, Uruguay, Paraguay and Jamaica. Group C includes Brazil, Colombia, Peru and Venezuela. Group B is being considered the Group of Death as the 2014 World Cup runners-up Argentina, and the two finalists of the 2011 Copa America (Uruguay and Paraguay) will be contesting for the knockout spots.

Nine stadiums in eight cities across Chile will be used for the tournament, with Estadio Nacional in Santiago having the highest capacity at 48,665. The cities of Antofagasta, Concepcion, La Serena, Vina del Mar, Valparaiso, Rancagua and Temuco will also experience the football fever over the course of three weeks.

The group-stage matches will begin on 11th June, 2015with Chile facing Ecuador in the first match of the tournament. The round-robin format continues until 21st of June, 2015 when the last match will be played between Brazil and Venezuela. Amidst the group games, Argentina vs Uruguay as Match 10 of the competition promises to grab eyeballs across the globe.

Argentina and Brazil are the favourites, as the suspension of Luis Suarez will undermine Uruguay’s bid to defend the title. The CONBEMOL teams performed exceptionally well in the 2014 World Cup and the stars of Chile, Colombia and Venezuela are expected to set the stage on fire.