Who Will Be Sunderland’s Next Manager? 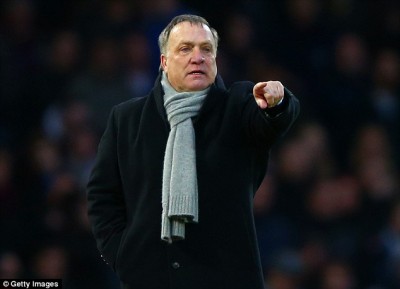 Sunderland will be on the look-out for a new manager after Dick Advocaat informed the Premier League club of his intentions to not return as a manager next season. Dick Advocaat took charge of the Black Cats, when they were looming dangerously close to the drop zone.

The Dutchman led Sunderland to three victories and three draws in nine games, to steer them clear of relegation after the disastrous reign of Gus Poyet. Fear of relegation has been a constant feature at Sunderland for the second season running. In 2013/14, Poyet had pulled off a miracle by helping Sunderland to stay up, but could not build on that as the former Chelsea player fell out with the supporters, changed his tactical philosophy midway through the season and yet could not deliver results.

According to The Guardian, Dick Advocaat informed Ellis Short, the owner and Lee Congerton, the sporting director of his decision to retire from his managerial career on Wednesday night.

“At certain moments in your life, you have to make a decision and I am almost 68 now. A number of clubs contacted me but the decision was always Sunderland or nobody. I would like to thank the chairman, Lee, the staff and of course the fans. We gave everything in our time there and achieved what we set out to. Sunderland has been one of the highlights of my career.”
– Dick Advocaat

Sunderland seem to inclined to bring in Steven McLaren, while Sam Allardyce’s name has also been mentioned in the speculations. Along with Sunderland, Newcastle United and West Ham United are also on the look-out for new managers and the new appointments this summer could prove to be intriguing, as far as the future of the three clubs are concerned.