Chile Knocks Out Portugal From Confederations Cup On Penalties 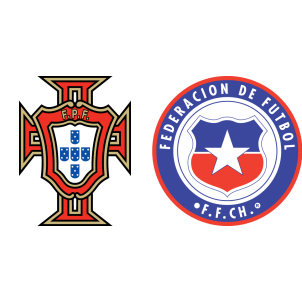 Chile advanced to the finals of the Confederations Cup after they defeated Portugal on penalties in the first semi-final at Kazan, Russia.

Chile finished runners-up in Group B, behind the World Champions Germany while Portugal had topped Group A, leading the second-placed Mexico on goal difference.

Coming into this game, both sides were evenly matched although Portugal’s triumph in the 2016 UEFA Euro handed them a psychological advantage. Chile, however, were eager to prove that their Copa America win was not a fluke by any means.

The line-ups of both nations were as expected and midfield-heavy. However, it was the goalkeepers which shone through in normal time as well as after the ninety minutes of play.

Claudio Bravo and Rui Patricio were instrumental in keeping the clean sheets for their sides as it was a case of missed chances at both ends. While Andre Gomes and Cristiano Ronaldo failed to hit their mark in the first half, Rui Patricio’s safe hands kept denying the reigning Copa America champions their shot at scoring.

Patricio’s excellent save off Alexis Sanchez at the 57th minute set the tone of the match with both teams trying to dominate the midfield but failing to convert their chances in the attacking third.

Cristiano Ronaldo came close to settling the game in Portugal’s favor, twice in the second-half but the ninety minutes finished goalless. The extra-time did not change the course of play, again with both teams looking equally likely to concede.

Chile were the better team during extra-time, harrowing the Portugal defence and the penalty shootout was a fair measure for both teams. Claudio Bravo, who has been often criticized during his spell at Manchester City, emerged as the ‘star of the match’ as he denied Ricardo Quaresma, Joao Moutinho and Nani, completely shutting out Portugal and enabling Chile to progress to the finals.

Chile will take on the winners of the match between Germany and Mexico.