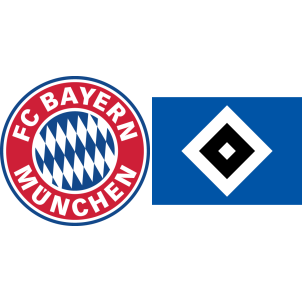 Bayern Munich sit atop the Bundesliga standings with fifty points, although they have drawn two out of their previous three league games. Their last match against Hertha Berlin ended in a 1-1 stalemate.

Hamburger SV, sixteenth with twenty points, are likely to be in the relegation play-offs. Markus Gisdol’s side have won three of their last six league matches and are unbeaten in their last three games. They followed up their wins against Bayer Leverkusen and RasenBallsport Leipzig with a 2-2 draw against Freiburg in their previous game.

Jerome Boateng is Bayern Munich’s only injury concern. Xabi Alonso will be rested due to an adductor injury. Bobby Wood, Finn Porath, Michael Gregoritsch and Kyriakos Papadopoulos are listed as doubts for the visitors.

“Hamburg are a good team and in good form right now. They defend well, have quality on the counter and quick forwards. We have to give our all and play with maximum intensity for the full 90 minutes.”

Bayern Munich have kept a clean sheet in 5 of their last 7 home matches against Hamburg in all competitions and are likely to win 2-0 tonight.