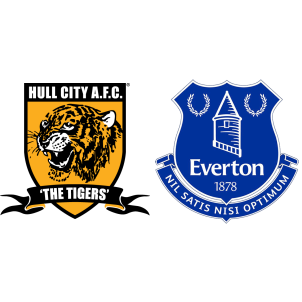 Hull City vs Everton – Hull City hosts Everton at the KC Stadium on 30th December, Friday in an English Premier League fixture which is crucial for both clubs.

While Hull have struggled through the first half of the domestic campaign and now sit on the twentieth position of the league table, Everton have not had a decent stretch of results either.

Everton are seventh in the league standings with twenty six points courtesy two wins in their last three matches. Hull City, who have won only three matches and lost as many as twelve league games this season, have twelve points.

Moses Odubajo, Alex Bruce, Greg Luer, Abel Hernandez, Will Keane and Brian Lenihan are sidelined through injuries while Allan McGregor has been listed as a doubt for the home side. The visitors will be without the injured Muhamed Besic, Yannick Bolasie and James McCarthy.

“We know the Premier League is unpredictable. Maybe you expect a win, and then it will be totally different. So don’t focus on positions in the table. It’s a tough one, a difficult one and we need to be at our best to get a good result.”

According to Hull City vs Everton H2H Stats, the last five meetings between these two clubs have resulted in two wins for Everton, one win for Hull and two draws. Hull City have failed to score goals in any of their previous seven matches.

It should be a closely contested affair and a 1-1 draw is the most likely result.