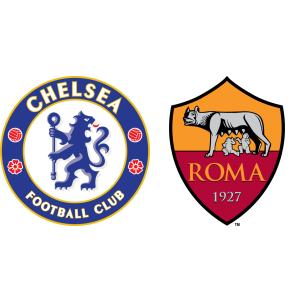 Chelsea vs AS Roma – Chelsea hosts AS Roma at Stamford Bridge on 18th October, Wednesday in a crucial UEFA Champions League fixture.

Antonio Conte’s Chelsea is struggling in the Premier League owing to a small squad and injuries to some of his key players, and the Blues have lost both their two previous league matches.

Chelsea, however, have been supreme in their two Champions League games – dispatching Qarabag 6-0 in the opener followed by an impressive 2-1 away win over Atletico Madrid, and are now top of Group C.

AS Roma, who began with a draw against Atletico Madrid defeated Qarabag in their last game and are now placed second with four points.

N’Golo Kante and Victor Moses are ruled out with hamstring injuries but Alvaro Morata returns tonight after a brief spell on the sidelines.

AS Roma will be without the injured Emerson, Patrik Schick, Rick Karsdorp and Kostas Manolas.

“Roma are a very strong team. I think this team can do much better than we’ve shown in the last two games. We must stay strong and show a lot of personality.

If we do that we can win the match. Roma are a good team in attack, they have some quality players, and defensively we need to be strong and try to keep the ball.”

According to Chelsea vs AS Roma H2H Stats, Chelsea have won three and lost one of their previous four meetings with AS Roma.

There have been over 2.5 goals scored in six of Chelsea’s last seven games in the UEFA Champions League and a 2-1 win for Antonio Conte’s side is the most probable outcome tonight.