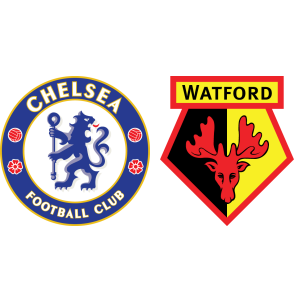 Chelsea vs Watford – Chelsea hosts Watford at the Stamford Bridge on 21st October, Saturday in an English Premier League fixture as Antonio Conte’s side aims to bounce back from the recent dip in form.

Chelsea have been struggling in the Premier League, losing both of their previous two games – against Manchester City and Crystal Palace and winning only one in their last four league games. Their 3-3 draw against AS Roma at home in the midweek UEFA Champions League fixture was a further cause for concern.

Chelsea are placed fifth in the Premier League standings and will face the fourth-placed Watford who defeated Arsenal 2-1 last week and now have fifteen points.

Chelsea will be without N’Golo Kante, Daniel Drinkwater and Victor Moses while David Luiz and Tiemou Bakayoko are doubtful as well.

According to Chelsea vs Watford H2H Stats, Chelsea have won three and drawn two of their previous five matches against Watford. In fact, Chelsea have not lost to Watford since the 1999/2000 Premier League season.

Chelsea are the stronger side on paper, but Watford are in a rich vein of form while Chelsea are struggling to get going. It should be a closely contested affair with a 2-2 draw being the most likely result.