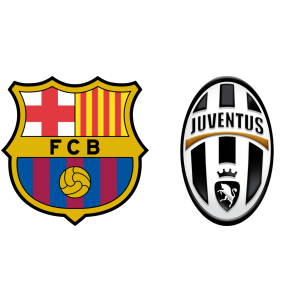 Barcelona are coming off a 5-0 win over Espanyol in the La Liga this past weekend and are in fine form with three consecutive victories in the Spanish top division, after their humiliating defeats at the hand of Real Madrid in the Spanish SuperCopa at the start of the season.

Juventus have also made a perfect start to their Serie A campaign, with three back-to-back wins against lesser oppositions, the latest being a 3-0 victory over Chievo last Saturday.

Rafinha and Sergi Roberto are sidelined through injuries for Barcelona while Giorgio Chiellini and Mario Mandzukic will face late fitness tests for the visitors.

Juventus will also be without the suspended Juan Cuadrado, the injured Claudio Marchisio and Sami Khedira.

“It’s a game of great prestige. It will be a tough contest, where we want to send a strong signal of intent to show everyone that this year too we want to progress to the competition’s latter stages. They remain one of the strongest teams in the world with many other champions to keep an eye on.”

According to Barcelona vs Juventus H2H Stats, the last five matches between these two clubs have resulted in three draws and one win for either side.