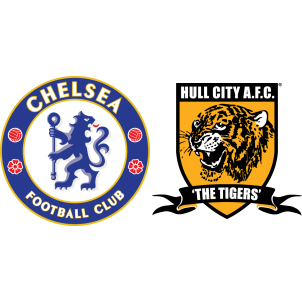 Chelsea vs Hull City – Chelsea hosts Hull City at the Stamford Bridge on 22nd January, Sunday for the twenty-second English Premier League fixture of their season.

The Blues won 3-0 against defending champions Leicester City in their last game in spite of Diego Costa missing out due to a back injury amidst transfer speculations surrounding a move to China.

Hull City are nineteenth in league standings with sixteen points only – their fourth win of the season came against Bournemouth last week. The Tigers must rally to save their season and every point here on would count, should they wish to survive relegation.

Chelsea do not have any missing players, with Diego Costa recovering from his injury and John Terry returning from suspension.

Robert Snodgrass is a doubt for Hull City with the Tigers already missing the injured Markus Henriksen, Moses Odubajo, Greg Luer, Will Keane and Alex Bruce.

“If you think this type of game is easy you make a great mistake, and you can pay for it at the end of the season. Hull are a good team. They have changed the coach and usually you have a great reaction from the players.”

According to Chelsea vs Hull City H2H Stats, Chelsea have won their last five matches against Hull City in all competitions and are likely to win 2-0 tonight.