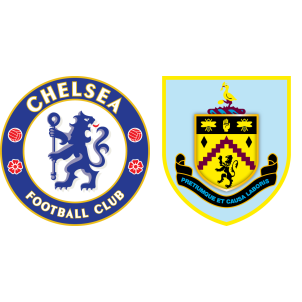 Chelsea vs Burnley – Chelsea hosts Burnley at the Stamford Bridge on 12th August, Saturday in the opening match of their 2017/18 English Premier League season.

Chelsea won the Premier League in Antonio Conte’s first season in England, having started poorly and then turning corners around with a tactical switch to 3-4-3 after consecutive losses to Liverpool and Arsenal.

Burnley finished sixteenth in league standings and thwarted off relegation for one more season.

Chelsea’s squad depth and quality is under doubt, having sold or loaned most of the fringe players. The likes of Nemanja Matic, Nathan Ake and Nathaniel Chalobah have left without any replacements and Diego Costa is also expected to secure a move away before the transfer window shuts.

Injuries to Eden Hazard and Tiemou Bakayoko, and Victor Moses’ suspension means Chelsea will be severely depleted in their first game of the season. New signings are expected before the transfer window closes, but Che

Burnley will be without the injured Dean Marney.

While Chelsea won fifteen of their last sixteen home matches in the previous season, Burnley failed to win eighteen of their previous nineteen away games last Premier League season.

Chelsea are not at full strength but are still expected to win against Burnley, with a 2-1 result in favour of hosts being the most likely result.