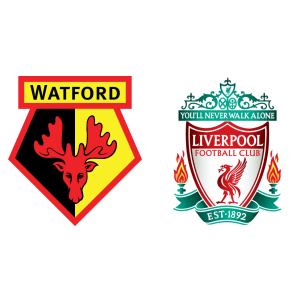 Watford vs Liverpool – Watford hosts Liverpool at the Vicarage Road on 12th August, Saturday in their opening game of the 2017/18 English Premier League season.

Liverpool have had a dismal transfer window and are in further jeopardy of losing one of their key players as Philippe Coutinho has reportedly submitted a transfer request.

“We saw a few pre-season games, so we could watch what they did. So we should be prepared as good as possible – you’re never perfectly prepared, probably. But yes, we know what we could see.

Their style of play is kind of clear, they’re a football-playing side – that’s Silva as a manager. So we know where we have to defend and where we have to use maybe one of the other spaces in our offensive play. So that’s how it is. We have all that we need to know for the moment.”

According to Watford vs Liverpool H2H Stats, the last five matches between these two clubs have resulted in four wins for Liverpool and one win for Watford. In fact, Liverpool have won 8 of their last 9 matches against Watford in all competitions.

A 2-0 win for Liverpool is the most likely result.