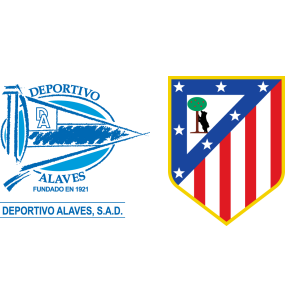 Alaves are twelfth in the league with twenty three points and have not won any of their last three matches – their last league outing against Leganes ending in a 2-2 draw. In fact, Alaves have won only five league games over the course of the season.

Atletico Madrid have spectacularly struggled this season and are in a real danger of missing out on UEFA Champions League qualification for next season – which could have disastrous consequences for the club especially in the transfer market.

Alaves have a completely healthy squad to choose from while Atletico Madrid will be Augusto Fernandez, Jan Oblak, Tiago, Gabi and Thomas Partey.

“The internal competition of the team is very good and is bringing us this nice opportunity to be in the semi-finals [of the King’s Cup], a thing that does not happen every day. This makes us very happy.”

Atletico are unbeaten in their previous four away matches in all competitions and are likely to win 2-1 tomorrow.