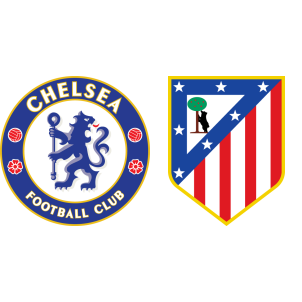 The Group C of the UEFA Champions League are poised in such a way that Chelsea have already qualified for the knock-outs with ten points. AS Roma are placed second with eight points and will be playing Qarabag at home while Atletico Madrid are third with six points.

Michy Batshuayi, David Luiz and Kenedy remain doubts due to injury concerns. Atletico Madrid will be without the ineligible Diego Costa while Juanfran will face a late fitness test.

According to Chelsea vs Atletico Madrid H2H Stats, Chelsea have won two, drawn two and lost two of their previous six encounters with Atletico Madrid. Chelsea have seen over 2.5 goals in five of their last six matches against Atletico in all competitions, and a closely contested affair is expected.

While Chelsea have been prolific scorers in the competition, Atletico Madrid have spectacularly struggled, with less than 2.5 goals scored in their last three games in the Champions Leauge.

A 1-1 draw is the most probable outcome of this game.