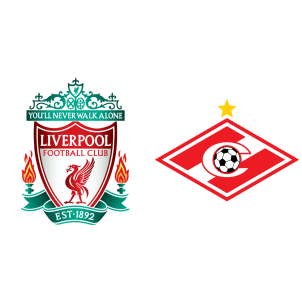 The Group E is placed at an interesting juncture with Liverpool sitting on the top of group table with nine points while Sevilla are second with eight points and Spartak Moscow are third with six points.

Only a win tonight could help Liverpool automatically top the group, without which they will be forced to rely upon Sevilla’s result against Maribor to finish at the top.

The reverse fixture in Moscow ended in a 1-1 draw and the visitors will be hopeful of their chances tonight.

Adam Bogdan and Joel Matip are sidelined through injuries while Adam Lallana will face a late fitness test. Nathaniel Clyne is ineligible. The visitors will be without the injured Georgi Tigiev, Jano Ananidze, Dimitri Kombarov and Artem Timofeev.

“It is a proper final, all or nothing. We know about the situation. They know the situation. It is Champions League. It is always important but the last game of the group stage is most important if you have to play for something, which we obviously have. It is exciting. All or nothing means you can either win or you lose.”

According to Liverpool vs Spartak Moscow H2H Stats, Liverpool have won two and drawn one of their previous three matches against Spartak Moscow. Liverpool are undefeated in their last nine UEFA Champions League matches and will be the favorites tonight.

A 2-1 win for Liverpool is the most likely result.