Sampdoria vs Lazio – Serie A – Preview 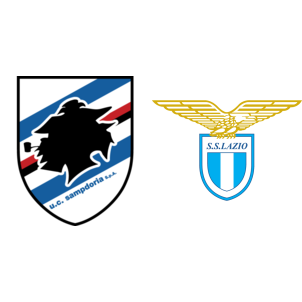 Sampdoria vs Lazio – Sampdoria hosts Lazio at Stadio Luigi Ferraris on 3rd December, Sunday in a crucial Serie A fixture.

Sampdoria are placed sixth in the Serie A standings with twenty-six points trailing their opponents by three points only. Their 3-0 loss to Bologna in the previous game put an end to a three-game winning streak.

The fifth-placed Lazio, with twenty-nine points in thirteen matches, have not won since their 5-1 win over Benevento, losing 2-1 to AS Roma and drawing 1-1 against Fiorentina.

Karol Linetty is Sampdoria’s only injury concern. The visitors will be without the injured Felipe Anderson, Nani and Davide Di Gennaro.

“I have seen the last performances and I can say that they are even stronger than I already thought. To counter this type of opponent we will have to make the best decisions on the temperamental level. We will have to play to the one hundred percent of our abilities.”

According to Sampdoria vs Lazio H2H Stats, Lazio have won three, lost one and drawn one of their previous five encounters with Sampdoria. In fact, Lazio are undefeated in ten of their last eleven matches against Sampdoria in all competitions.

Sampdoria have seen over 2.5 goals in their last three matches against Lazio in all competitions, so it is expected to be a high-scoring affair. Sampdoria have won their previous six home games in the Serie A and will be expected to put on a strong showing tonight.

A 2-2 draw is the most probable outcome.