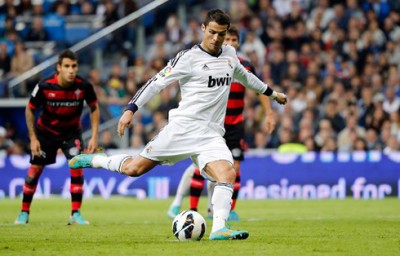 Real Madrid travel to Celta de Vigo, in an attempt to close in on Barcelona as La Liga approaches its business end. Carlo Ancelotti’s side will be just two points behind the Catalans if they can clinch a win on Sunday.

Bourja Oubina and Carles Planas are the injury absentees for Celta de Vigo. The visitors, though, will have to do without the services of Karim Benzema, Gareth Bale, Luka Modric and Alvaro Medran.

Eduardo Berizzo is expected to line his side up in a 4-2-3-1 and will not make any changes to the team which won against Eibar last week. Left winger Nolito is crucial for the hosts’ chances in the game as most of Celta de Vigo’s chances have been created through him. He is ably supported by Santi Mina on the opposite flank and Joaquin Larrivey up front.

The absence of Bale and Benzema means Javier Hernandez and Cristiano Ronaldo will be tasked with providing direct threat to the opposition goal. Luka Modric’s injury means Asier Illaramendi will get to keep his place in the deep midfield. James Rodriguez and Isco will complete the midfield along with Toni Kroos.

Celta de Vigo has won ten out of the last fifteen points available, its only loss coming against Barcelona. Real Madrid have won the last four games on the trot and are the form side in the league, but would hope to avoid any more injuries.

Real Madrid are riding a wave of opulence in the recent weeks and are unlikely to stop anytime soone. Carlo Ancelotti’s side will win 3-1.