Can England Defeat Germany In A Friendly? 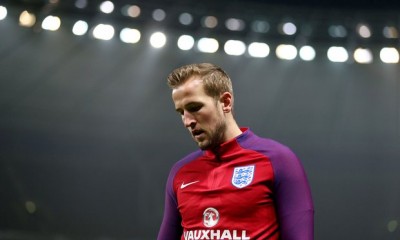 England will face Germany in an international friendly at Olympiastadion Berlin on Saturday evening and fans will be hopeful of a positive result ahead of the upcoming European championships in summer.

It is an age-old rivalry but according to Head-2-Head statistics, Germany has been the frontrunner in recent years courtesy their superlative performances in the international competitions. Roy Hodgson is set to field a young English side with skipper Gary Cahill being the most experienced player.

Roy Hodgson has spoken about emulating Germany’s youth policy and aiming for a long-term success-oriented plan when it comes to England’s chances in international competitions.

“Maybe we are where Germany were in 2006 [when they had] a lot of good young players they wanted to promote. The experience they’re getting in the Premier League and Champions League every week that accelerates their progress but you need to play internationals and tournaments as well.

You can’t guarantee it will happen for us, too. All we can do is give the players the encouragement they need, the coaching they need, the leadership skills that are required to get the best out of them, and the opportunity. Then they have to take it, as the top players of the past did.”

Should the young players perform well against an experienced German team, in which Joachim Low is set to select as many as five FIFA World Cup winners, it will be a morale booster and help Roy Hodgson in his strategies for England’s 2016 Euro preparations.