← Can England Defeat Germany In A Friendly?
Ukraine vs Wales – International Friendly – Preview → 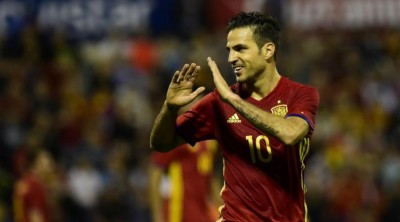 Romania hosts Spain at Cluj-Napoca on 27th March, Sunday in an international friendly which will be a good opportunity for both nations to test their preparations ahead of the 2016 European championships.

Romania took a lot of football fans by surprise when they qualified for the Euro with absolute ease – conceding only two goals (the least among all European nations) during the qualifying campaign. Spain are between their own rebuilding process following a disastrous FIFA World Cup campaign two years back.

Sergio Ramos has returned to his club setup, having picked up an injury. Vincent Del Bosque has a number of options up front, but is likely to stick to Aduriz who played exceptionally against Italy. Iker Casillas is set to return to goal after David de Gea started the previous match.

Romania does not have any significant injury concerns and Anghel Iordanescu is likely to field his first choice eleven as the Tricolorii prepare for summer.

According to Head-2-Head statistics, Romania has won only 33% of its matches against Spain. The last time these two sides met in an international friendly ahead of the Euro, Spain went on a 35-match unbeaten run when they won the 2008 Euro.

It will be a crucial match for the hosts, who have climbed up to the 16th place in FIFA World Rankings in recent years courtesy their sixteen-match unbeaten run since Algeria defeated them in June 2014. Should Romania achieve a positive result, it will act as a huge morale booster ahead of the Euros.

“We find it difficult to get into the game in matches which require more tactical training. I think the coach is looking for alternatives in case the match gets stuck. In the last matches the coach has opted for playing with two forwards.

We should have this option in mind and be ready for it, because any team can play the way Italy did on Thursday and we have to be ready to be as competitive as possible at the Euros. The important thing is that we are still learning and improving ahead of the tournament in France.”