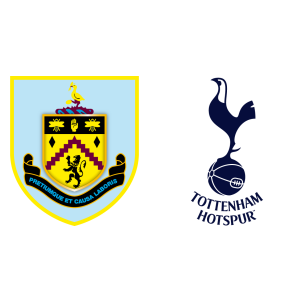 Sean Dyche’s Burnley have been the ultimate surprise of the season so far – they began their campaign with a 3-2 win over defending champions Chelsea and are now placed sixth in the standings with thirty-two points – one point ahead of their seventh-placed opponents tomorrow.

While Burnley played out a goalless draw in their last game, Tottenham promptly lost 4-1 to an emphatic Manchester City.

Tom Heaton, Robbie Brady, James Tarkowski and Stephen Ward are sidelined through injuries while Dean Marney and Jonathan Walters are yet to regain match fitness. Spurs will be without the injured Victor Wanyama and Toby Alderweireld.

“Tottenham are a fine side. We have to be on our toes, like any other game, but especially for the upcoming fixtures. There’s certain teams that have that little edge and Tottenham Hotspur are one of them.”

“Burnley believe a lot in the way that they play and I think at home they are a very, very tough side. We are going to have a very tough game and we need to be ready to fight. It will be a battle.”

Although Tottenham are undefeated in their last 7 matches against Burnley in all competitions, Pochettino’s side have failed to win any of their previous five away games in the league.