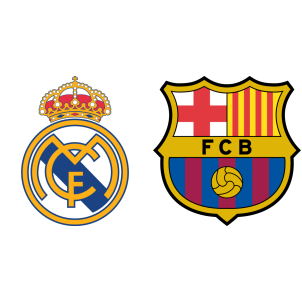 Real Madrid vs Barcelona – The latest edition of the El Clasico sees Real Madrid host Barcelona at the Santiago Bernabeu on 23rd December, Saturday in a crucial La Liga fixture.

The defending champions Real Madrid are fourth in the league standings with thirty-two points, having played a game lesser than arch rivals and league leaders Barcelona, who are on forty-two points after sixteen games.

Both clubs are in a decent streak of form, winning two and drawing two of their previous four league matches.

Real Madrid do not have any fresh injury or suspension concerns with Luca Zidane being the only injured player. Barcelona will be without the injured Ousmane Dembele, Gerard Deulofeu, Paco Alcacer and Samuel Umiti.

According to Real Madrid vs Barcelona H2H Stats, Real Madrid have won three, drawn one and lost one of their previous five fixtures against Barcelona in all competitions. But the last five La Liga encounters between these two clubs have resulted in three wins for Barcelona, one win for Real Madrid and one draw.

While Real Madrid are undefeated in thirty of their last thirty-two home games in the La Liga, Barcelona have won twenty of their previous twenty-three league fixtures.

With both clubs being prolific scorers of goals, it should be a high-scoring affair as Real Madrid have scored at least twice in their last four games against Barcelona in all competitions.

Zinedine Zidane’s side must win tomorrow should they wish to retain any hope of defending their title – Real Madrid have occasionally struggled this season but are expected to turn up considering the high stakes.

It should be a closely contested affair, with a 2-2 draw being the most likely result.