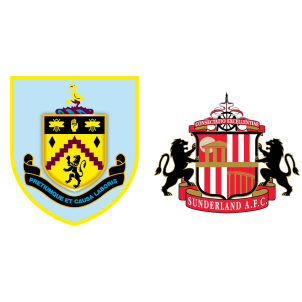 Burnley vs Sunderland – Burnley hosts Sunderland at the Turf Moor on 17th January, Tuesday in the third round of the FA Cup after the initial tie at Stadium of Light ended in a 0-0 draw.

Both clubs have had contrasting seasons on the domestic aspect – Burnley are tenth in English Premier League standings with twenty six points while Sunderland are firmly entrenched in the relegation zone with only fifteen points after twenty one matches.

While the FA Cup is a nice opportunity for both clubs to progress further into the cup competition, it is unlikely either managers will be risking all their first-teamers for this particular tie.

Scott Arfield and Johann Berg Gudmundsson will be unavailable for this particular fixture as confirmed by manager Sean Dyche.

“They have got a chance for Sunday (at Arsenal) but I’m pretty sure tomorrow will be too early. It’s a maybe but we wouldn’t risk them because we can’t afford to keep losing players and we were unfortunate with those two in one game.”

Jordan Pickford, Lee Cattermole, Jan Kirchhoff, Paddy McNair and Duncan Watmore are unavailable for Sunderland through injuries while Lamine Kone, Didier Ndong and Wahbi Khazri are on international duty for the ongoing African Cup of Nations.

“We’ve not decided on what team we’ve got or what we will go with, so we will make that decision over the coming days.”

According to Burnley vs Sunderland H2H Stats, Burnley have won two, lost one and drawn two of the last five matches between these two clubs in all competitions.

Burnley are undefeated in their two meetings with Sunderland this season – a win in the Premier League and a draw in the FA Cup. The Clarets are the favorites and are likely to win 2-1.