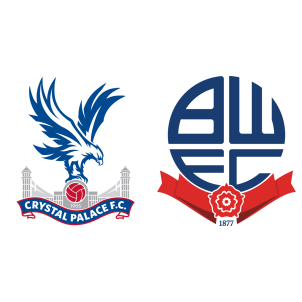 Crystal Palace are seventeenth in league standings, inches away from the relegation zone, with sixteen points – similar to that of Hull City whom they are leading on goal difference. Crystal Palace will be facing a difficult battle to stay in the top flight and are unlikely to bother about the result of this domestic cup tie.

Bolton Wanderers, third in the League One with fifty points after twenty six games, are coming off a 1-2 loss to Swindon but have a better domestic record this season than their first division opponents.

Scott Dann will be rested by Crystal Palace while Frazier Campbell is sidelined with a hamstring injury. Jeffrey Schlupp is likely to make his Crystal Palace debut, with Wilfried Zaha and Bakary Sako away on international duty.

Bolton Wanderers do not have any recent injury concerns but Keshi Anderson has been recalled by Crystal Palace from loan to avoid the chances of him being cup-tied.

“It is important that we go down to Palace and give it the best we can to get the best possible result, where there is a great prize for the winner.”

According to Crystal Palace vs Bolton Wanderers H2H Stats, the last five encounters between these two clubs resulted in two wins for Bolton, two draws and one win for Crystal Palace.

Crystal Palace have not won any of their previous six matches in the league and are struggling to get going at either end of the pitch.

This is the first time the two clubs will be meeting at Selhurst Park since a goalless draw in the Championship in January 2013. In fact, the last three meetings between these two clubs have produced only three goals.

A 1-0 win for Crystal Palace is the most probable outcome.