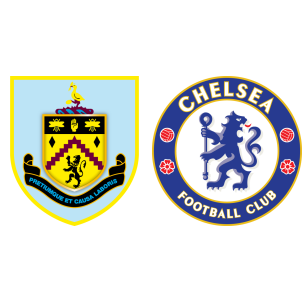 Burnley vs Chelsea – Chelsea travel to Turf Moor on 12th February, Sunday to face Burnley as the English Premier League leaders aim to consolidate their position on the top of the league table.

Chelsea have fifty nine points from nineteen wins – with the second-placed Tottenham Hotspur losing to Liverpool yesterday, the Blues could open up a twelve point lead should they win tonight.

Tottenham and Arsenal are on fifty points while Liverpool, Manchester City and Manchester United make up the top six – with thirteen more matches to play, the title is still up for the grabs but today’s win is likely to hand Chelsea an unassailable lead.

Burnley, with three wins and three losses in their last six league games, are thirteenth with twenty nine points.

Dean Marney, Kevin Long and Steven Defour are sidelined through injuries for the home side while Jeff Hendrick is suspended. John Terry is Chelsea’s only injury concern.

“If we think that we have (a lead of) nine points and we are very close to winning the title it’s a great mistake. There are 14 games to play. They are five teams, with Chelsea six teams, that can fight until the end to win the title. It’s important now, don’t (make a) great mistake in this race.”

According to Burnley vs Chelsea H2H Stats, the last five English Premier League matches between these two clubs have resulted in four wins for Chelsea and one draw. Chelsea are likely to win 2-0.