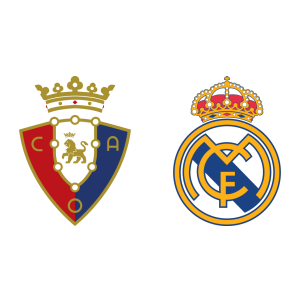 Osasuna vs Real Madrid – Real Madrid travel to El Sadar on 11th February to face Osasuna in a relatively easy La Liga fixture. Real Madrid sit atop the La Liga standings with forty six points and a win tonight will help Zinedine Zidane’s side open up a substantial gap at the top for Real Madrid have played two fewer games than the second-placed Barcelona who are on forty five points.

Osasuna are twentieth and are bound to get relegated come end of season as they have won only one game in the whole season, accumulating ten points so far. Although they managed to secure three draws in their last six league games, Osasuna were beaten 3-2 by Real Sociedad in their previous game.

Real Madrid bounced back from their loss against Sevilla with consecutive wins against Malaga and Real Sociedad in their last two matches.

Real Madrid will be without the injured Gareth Bale and the suspended Toni Kroos.

“El Sadar has always been a difficult place for us to go and that’s not going to change. We’ve had time to work and we’re feeling good physically.”

According to Osasuna vs Real Madrid H2H Stats, Real Madrid have won four of their previous five meetings with Osasuna. In fact, Real Madrid are unbeaten in twenty one of their last twenty three matches against Osasuna in all competitions.

While Osasuna have failed to win their last 13 La Liga matches, Real Madrid have won 26 of their previous 31 league fixtures. Zinedine Zidane’s side are likley to win 3-0 tonight.