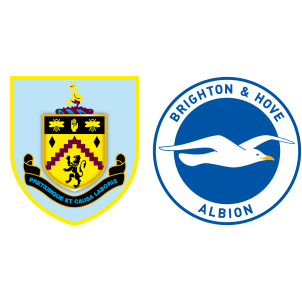 Burnley have been one of the revelations this season since their 3-2 win over last year’s champions Chelsea on first matchday. The Clarets are seventh in the league standings with fifty-three points, although they drew 1-1 against Stoke City last week.

Brighton & Hove Albion have had a decent first season after promotion to English top division and are now placed thirteenth with thirty-six points although they have not won any of their previous five league games. Brighton have lost three of their last five matches, but managed a 1-1 draw against Tottenham Hotspur in their last league outing.

Robbie Brady, Steven Defour, Jonathan Walters miss out due to injuries while Ben Mee, Scott Arfield and Georges-Kevin Nkoudou are listed as doubts. The visitors are without the suspended Davy Propper and the injured Steve Sidwell.

According to Burnley vs Brighton H2H Stats, the last five matches between these two clubs have resulted in four draws and one win Brighton. In fact, Burnley have not won any of their last seven games against Brighton in all competitions, their previous win coming in the 2011/12 Championship.

Brighton have failed to win their last ten away matches in the English Premier League, while there have been over 2.5 goals scored in Burnley’s last three home games in the league.

It should be an intriguingly closely contested affair with a 2-1 win for Burnley being the most probable result.