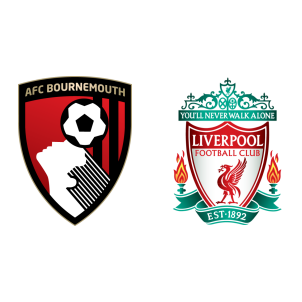 Bournemouth vs Liverpool – Liverpool travel to Dean Court on 4th December, Sunday to face AFC Bournemouth for their fourteenth English Premier League fixture of the season.

Liverpool are second in league standings with thirty points, Manchester City’s loss against Chelsea handing them a significant advantage in the title race. Jurgen Klopp’s side won 2-0 against Sunderland in their last game.

AFC Bournemouth are twelfth in the league table with fifteen points and have won only one of their last five games – their previous match against Arsenal ending in a 3-1 loss.

Lewis Cook, Andrew Surman and Jordon Ibe are sidelined through injuries while Artur Boruc and Charlie Daniels have been listed as doubts for AFC Bournemouth. Liverpool will be without Philippe Coutinho, Danny Ings, Daniel Sturridge, Sheyi Ojo and Joseph Gomez. Adam Lallana and Roberto Firmino are carrying knocks but are likely to feature.

“For me, Liverpool are genuine title contenders. They’ve shown this season what a good side they are and we’ll have to be at our best.”

“Bournemouth are a very good side. They have a clear philosophy, a clear style. I would say [they are] not the biggest names in world football, but all of them decent players. There’s real quality.”

According to Bournemouth vs Liverpool H2H stats, the last five meetings between these two clubs have all resulted in wins for Liverpool. Liverpool have scored at least 2 goals in their last three away matches against Bournemouth in all competitions.

Liverpool are the favorites and are likely to win by a 2-0 scoreline.