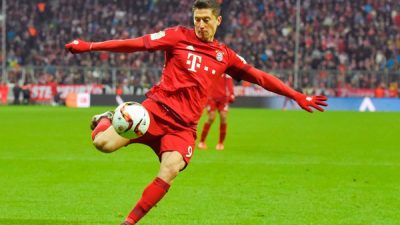 Bayern Munich will open their 2016/17 Bundesliga campaign at home against Werder Bremen on 26th August, Friday. Carlo Ancelotti will make his Bundesliga debut at the infamous Allianz Arena as the Bavarian giants aim to win yet another Bundesliga title.

Their opponents tomorrow, Werder Bremen finished thirteenth on the league table last season and will look to improve their standings so as to finish in the top half of the Bundesliga table.

Xabi Alonso and Thiago have returned to the Bayern Munich squad but Carlo Ancelotti’s side will be without the injured Kingsley Coman and the unfit Renato Sanches, Holger Badstuber, Jerome Boateng, Douglas Costa and Arjen Robben.

“It’s a new experience, a new country, a new league. That’s why it’s very exciting to start tomorrow. I think we’re favourites for the title, but we always have to give it everything. It’s going to be a long campaign with 34 matches. We have to be focused, and now we’re turning that focus to the first match.”

Bayern have scored at least two goals in thirteen of their last fourteen matches against Werder Bremen in all competitions. Bayern Munich will start as clear favorites and are likely to win by a 3-1 scoreline.