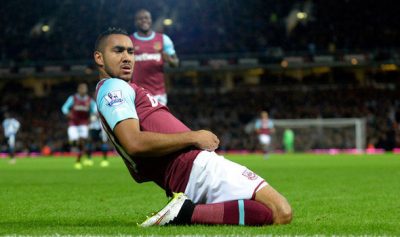 West Ham United secured an away goal in the first leg when Mark Noble’s penalty gave Slaven Bilic’s side an early lead. Denis Alibec’s late equalizer may have dampened the London club’s mood but they are still at an advantage going into the second leg.

“I hope to be involved against Astra as I did well in the first leg even though I was playing left-back. Hopefully I’ll get some more game time. I quite enjoyed playing at left-back to be fair, and it’s always good to play in different positions. If the gaffer asks me to do a job there, I’ll be more than happy to. It’s 100 per cent important that we progress and get through to the group stage. We of course want to do better than we did in the competition last year.”

According to Head-2-Head statistics, West Ham United have never won against Astra, losing once and drawing twice. Having been drawn against the Romanian champions last season, they played out a 2-2 draw at home, followed by a 2-1 loss in Romania.

The odds for a West Ham win are at 1.25, a draw are at 5.75 and a win for Astra Giurgiu is at 11. West Ham United will start as clear favorites and are likely to progress through to the group stages with a probable scoreline of 2-1 in this match.