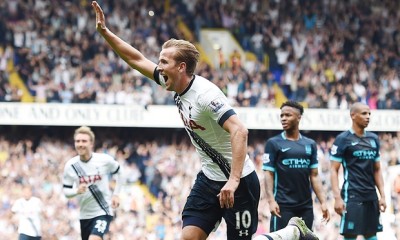 Tottenham Hotspur host Liverpool at the White Hart Lane on 27th August, Saturday as the English Premier League squads start shaping up for the 2016/17 season. Both clubs have made a mixed start to the new season and are still looking to find their rhythm – Tottenham on seventh position with four points while Liverpool are on eleventh position with three points.

While Tottenham played out a 1-1 draw during their season opener against Everton followed by a 1-0 win against Crystal Palace, Liverpool comprehensively defeated Arsenal 4-3 but fell to a 2-0 defeat at Burnley. This match will test Tottenham’s abilities to play against the bigger sides while Liverpool will get an opportunity to redeem their shocking loss to Burnley.

Hugo Lloris is injured and Mousa Dembele is suspended for Spurs. Liverpool have a lengthy list of absentees with Loris Karius, Sheyi Ojo, Mamadou Sakho, Joseph Gomez, Lucas Leiva and Emre Can sidelined through injuries.

“Liverpool are quick, they have good organisation, they love to counter-attack. It’s different to us. We like to manage the ball, play in possession, play in the opposition’s half – we are a different team with a different philosophy. It’ll be tough – they come from a difficult loss against Burnley and they’ll want to give their best.”

According to Head-2-Head statistics, the last six matches between these two clubs have ended in four wins for Liverpool and two draws. In fact, Liverpool are undefeated in their last seven matches against Tottenham in all competitions.

Liverpool have kept a clean sheet in their last three away matches against Tottenham in all competitions. Although Liverpool have dominated in recent years, Tottenham are likely to win 1-0.