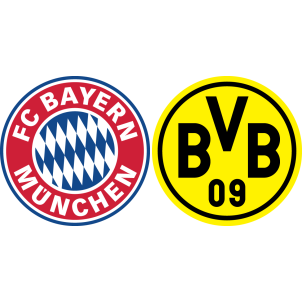 While Bayern Munich have all but secured yet another Bundesliga title by accumulating sixty-six points after twenty-seven games in spite of their 2-1 loss to RB Leipzig just prior to the international break, Borussia Dortmund are engaged in a battle to qualify for next season’s UEFA Champions League.

Borussia Dortmund are third with forty-eight points, one point behind the second-placed Schalke 04 and barely ahead of Eintracht Frankfurt, Bayer Leverkusen and RB Leipzig who are all in contention for European qualification.

Manuel Neuer and Kingsley Coman are sidelined through injuries for the home side while the visitors have a lengthy list of absentees with Andriy Yarmolenko, Sebastian Rode, Erik Durm, Dan-Axel Zagadou and Shinji Kagawa injured. Omer Toprak and Marco Reus will face late fitness tests.

“I love the big occasion and, in the past, the matches against Dortmund were always big occasions. You can always give that little bit more in them.”

Bayern Munich are undefeated in their last thirty-five home matches in the Bundesliga, while Borussia Dortmund are unbeaten in their previous twelve league games.

It should be a closely contested game but a 2-1 win for Bayern Munich is the most likely outcome.