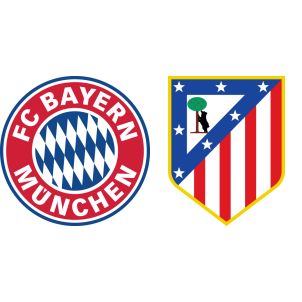 Both clubs have already secured qualification for the knock-outs – Atletico Madrid have won all five of their matches so far and will finish as group toppers irrespective of tomorrow’s result.

While Atletico Madrid have fifteen points having scored seven goals and conceded only once, Bayern Munich have nine points, their hopes of finishing at the top dashed after a 3-2 loss to FC Rostov on Matchday 5. Bayern Munich have struggled on the defensive front in the last few weeks and will have to play at their absolute best to get a positive result tomorrow.

Kingsley Coman and Julian Green are sidelined through injuries for Bayern Munich while Atletico Madrid will be without the injured Alessio Cerci and Augusto Fernandez. Fernando Torres has been listed as a doubt.

These two clubs met each other in the semi-finals of the 2015/16 UEFA Champions League, when Atletico Madrid progressed on away goal.