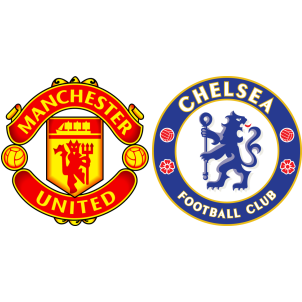 Chelsea have opened up a seven-point lead at the top of the English Premier League table with just seven games to play. With Tottenham Hotspur winning against AFC Bournemouth at home, avoiding a loss tonight is essential for Antonio Conte’s side.

The Italian has triumphed over the former Chelsea manager Jose Mourinho in the clubs’ two previous meetings this season (although both of those games happened in Stamford Bridge). Manchester United are chasing the ‘top four’ and are now fifth with fifty seven points.

The 1-1 draw at Anderlecht in the midweek meant Jose Mourinho’s side will need a strong eleven for the second leg of their quarter-final tie as winning the UEFA Europa League is the best mode of qualification for next season’s Champions League.

Chris Smalling, Phil Jones, Juan Mata and Wayne Rooney will miss out for Manchester United owing to injuries and lack of match fitness but Chelsea do not have any injury or suspension concerns.

According to Manchester United vs Chelsea H2H Stats, Chelsea have won three and drawn two of their previous five matches against Manchester United. In fact, Chelsea are unbeaten in the last twelve encounters between these two clubs in all competitions.

Although Manchester United are undefeated in their previous twenty one Premier League matches, a 2-1 win for Chelsea is the most likely outcome of this game.