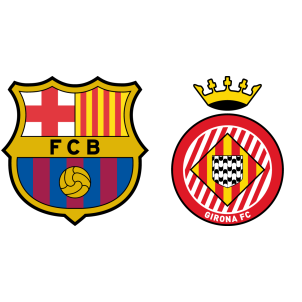 Barcelona sit atop the La Liga standings with sixty-two points after twenty-four matches, seven points ahead of the second-placed Atletico Madrid. Barcelona have all but wrapped up the league title, but have drawn three of their last four games in all competitions.

Girona are eighth in the La Liga standings with thirty-four points and won 3-0 against Leganes in their previous match.

Barcelona do not have any injury or suspension concerns but Girona will be without the injured Jose Raymundo Luis Suarez. Johan Mojica is a doubt too.

“It’s a derby and they are having a terrific season. They are a newly promoted side and are without a doubt the surprise package of the league. They have a very clear way of playing and you can recognise that. They have excellent players on the counter like Stuani and Portu who are both in great form.

Nine points are up for grabs and we know the importance of that. There are 14 games left in the league – three come this week.”

According to Barcelona vs Girona H2H Stats, both of the two previous meetings between these two clubs were won by Barcelona. Barcelona are undefeated in their last 31 matches in the La Liga, while Girona have failed to win any of their previous five La Liga games.

Although Girona have been a surprise revelation this season, Barcelona are likely to win 2-1 tonight.