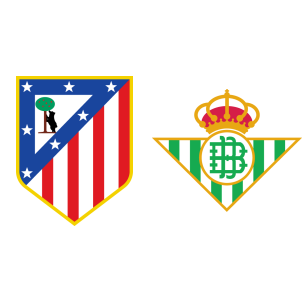 Atletico Madrid are second in the league standings with seventy-one points while Real Betis are fifth with fifty-five points. While Barcelona will secure the La Liga title with just another win, Atletico Madrid are also comfortably qualifying for next season’s UEFA Champions League, although they lost 3-0 to Real Sociedad in their last game.

Real Betis, who won 1-0 against Las Palmas in their last game and made it six consecutive wins in their last six games, are expected to qualify for the UEFA Europa League as they have picked up their form in the business end of the season.

Filipe Luis is injured while Diego Costa is listed as a doubt. Javi Garcia is suspended while Zouhair Feddal and Antonio Adan is injured for the visitors. Jordi Amat returns from suspension