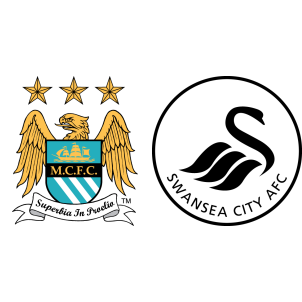 Manchester City won 3-1 against Tottenham Hotspur and with Manchester United’s loss to West Bromwich Albion, Pep Guardiola’s side won the Premiership with elan and they are on course to break a number of records about points and wins. City have eighty-seven points to their name, with five games to play.

Swansea City are seventeenth in the league standings with thirty-three points and have slowly picked themselves outside the relegation zone although they are still not safe completely.

Fernandinho is suspended while Sergio Aguero is injured. Benjamin Mendy and John Stones will also miss out due to injuries. The visitors will be without the injured Wilfred Bony, Leroy Fer, Angel Rangel and Renato Sanches while Luciano Narsingh, Mike van der Hoorn and Sam Clucas will face late fitness tests.

A 2-0 win for Manchester City is the most probable result.