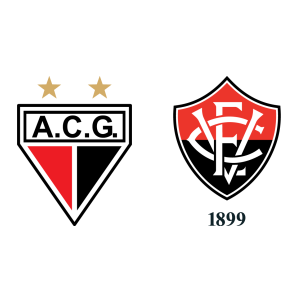 Vitoria are eighteenth in the league standings with nine points while Atletico GO are twentieth with seven points after eleven matches. Both clubs are struggling to get going in the league and are expected to be embroiled in a relegation battle come end of the season.

Both clubs drew their previous league fixtures, to put an end to a string of consecutive losses, Vitoria held Bahia to a goalless draw while Atletico GO played out a 1-1 draw against Santos FC.

Jorginho is suspended while Igor will face a late fitness test for the home side. The visitors will be without the suspended Geferson and the injured Kieza and Jose Welizon.

According to Atletico GO vs Vitoria H2H Stats, the last five matches between these two clubs resulted in two draws, two wins for Vitoria and one win for Atletico GO.

There have been under 2.5 goals scored in Atletico GO’s last four games in the Brasileirão. The visitors will be eager to notch up a win tomorrow after they missed a flurry of chances against Bahia in their previous game.

Atletico GO’s defense have been their problem all season – although the hosts have been defensively improving, they will still need a superlative performance to hold back Vitoria. It should be a closely contested affair with a 1-1 draw being the most likely result.