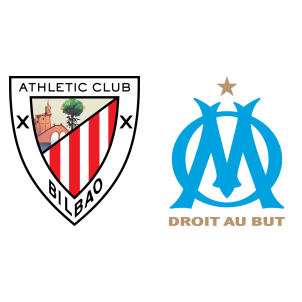 The first leg in France resulted in a 3-1 win for the Ligue 1 club and the Basque club are now in an uphill battle to overturn the two-goal deficit.

Athletic Club Bilbao had finished top of their group in the UEFA Europa League group stages and set up a meeting with Marseille, who dropped down from the UEFA Champions League.

Iker Muniain is injured while Inigo Martinez is ineligible. Mikel San Jose and Raul Garcia are suspended as well. The visitors will be without the injured Kostas Mitroglou.

“We expect a start of match rhythmic actually. It’s up to us to take advantage of this, we will have spaces to exploit. If we scored in the first half hour, it would be better. We do not come tomorrow (Thursday) to play 0-0, we will not play in our area. To count on our lead of the first leg, it would be a big mistake.”

According to Athletic Club Bilbao vs Marseille H2H Stats, the previous three meetings between these two clubs resulted in a win, a loss and a draw for either side. Marseille’s win in the first leg has swung the tie in their favour but Aduriz is the top scorer in the UEFA Europa League with eight goals and he’ll be crucial for Athletic Bilbao tonight.

It should be a closely contested affair with a 2-1 win for Athletic Bilbao being the most probable result, but Marseille are likely to progress to the quarter-finals.