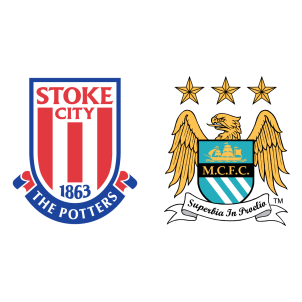 Stoke City are in terrible form and are firmly entrenched in the relegation zone, as they are placed nineteenth in the league table with twenty-seven points. Stoke City have not won any of their previous five league encounters, although a goalless draw against Southampton in their last game meant they have gone without a loss in their last three matches.

Manchester City are on course for their title win as they are the league leaders with seventy-eight points, humiliating defending champions Chelsea in spite of a 1-0 scoreline in their last game.

Stephen Ireland, Lee Grant and Mame Biram Diouf are sidelined through injuries while Ryan Shawcross and Peter Crouch are doubtful. The visitors will be without Sergio Aguero and Benjamin Mendy.

“On any given day you can win a game of football. In a one-off game, you can win, and that is the beauty of football. We’ll do everything we can to try to win. If we try to play football the same way they do then we will be beaten – that is the reality. We have to have an idea of another way to try to beat them.”

Pep Guardiola’s side are likely to win comfortably tonight with a 3-0 win for the visitors being the most probable result.