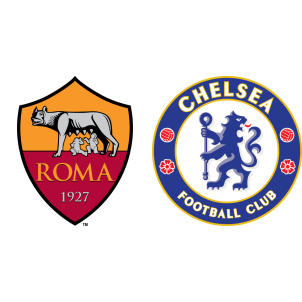 AS Roma vs Chelsea – AS Roma hosts Chelsea at Stadio Olimpico in Rome on Matchday 4 of the UEFA Champions League.

The Group C of the Champions League has seen some interesting results with Chelsea leading the charge with seven points while AS Roma are close behind with five points. The 3-3 draw at Stamford Bridge on last matchday has given AS Roma a slight advantage going into this game, for the Serie A club could go top of the table with a win tomorrow.

Chelsea have steadied the ship after a few dismal weeks and a positive result will be necessary for the team’s confidence ahead of their crucial Premier League game against Manchester United this weekend.

AS Roma will be without the injured Emerson, Rick Karsdorp and Kostas Manolas. Victor Moses and N’Golo Kante will be absent for Chelsea – the former is yet to return to training while the latter is close to regaining match fitness.

“We want to keep the confidence high and for this we have to win every game. Now we go Tuesday to Roma to win the game and be ready for the game after. The season is long, you never know what is going to happen. We have a lot of games to play so we will see at the end.”

According to AS Roma vs Chelsea H2H Stats, Chelsea have won three, drawn one and lost one of their previous five meetings against AS Roma.