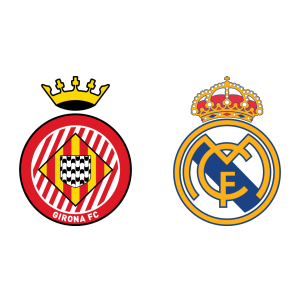 Girona vs Real Madrid – Girona hosts Real Madrid at the Montilivi on 29th October, Sunday in a La Liga fixture crucial for both clubs.

Real Madrid are third in the La Liga standings with twenty points, slowly recovering from their stumble in September, and trail league leaders Barcelona by eight points while Valencia are in second position with twenty-four points.

Girona, the newly promoted side, are fifteenth with nine points and recorded a 2-1 win over Deportivo La Coruna after a seven-game winless streak.

Jose Raymundo Luis Suarez is injured for the hosts while Real Madrid will be without the injured Mateo Kovacic, Daniel Carvajal and Gareth Bale. Keylor Navas is carrying a knock and is unlikely to feature

“We’re aware that Montilivi is a difficult place to go to. We’ve got a tough game in store, as they all are in this league. We won’t be going there thinking about the fact that it’s our first competitive fixture at their place. Tomorrow will be our first-ever outing there.”

According to Girona vs Real Madrid H2H Stats, these two clubs have never met each other before in a competitive fixture.

There has been some talk of the game getting postponed due to the current political situation in Spain, with Catalonia declaring independence, but if the game goes forward, Real Madrid will be the favorites with a 3-0 win in favour of the visitors being the most probable scoreline.