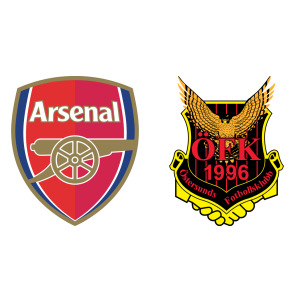 The UEFA Europa League is Arsenal’s best chance to qualify for the UEFA Champions League next season as they are placed sixth in the English Premier League standings and unlikely to finish in ‘top four’.

Arsenal won the first leg 3-0 owing to an excellent performance, but have a more comparatively relaxed second-leg at home.

Santi Cazorla, Alexandre Lacazette, Aaron Ramsey are injured while Mesut Ozil misses out due to an illness. Pierre-Emerick Aubameyang is ineligible.

“It was a good win. I thought we went out there and did a professional job. The conditions were hard, but we didn’t let it affect us and I thought we put in a good performance. Training’s been good since then and we’re looking to finish the job tomorrow.

According to Arsenal vs Oestersunds FK H2H Stats, the only previous meeting between these two clubs came in the first leg which Arsenal won 3-0.

Arsenal should have another comfortable run-in tonight with a 2-0 win for Gunners being the most probable result.