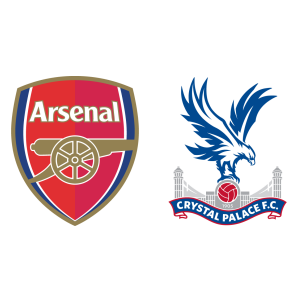 Arsenal are sixth in the English Premier League standings with thirty-nine points and have an uphill battle to finish in the ‘top four’, having won only two of their last six league games, including a 2-1 loss to AFC Bournemouth in their previous match.

Crystal Palace have been a revelation under Roy Hodgson after their dismal start to the domestic campaign and are now placed twelfth with twenty-five points.

Santi Cazorla and Olivier Giroud remain sidelined through injuries while Ainsley Maitland-Niles is yet to regain match fitness. Nacho Monreal, Mesut Ozil and Laurent Koscielny have been listed as doubts as well.

According to Arsenal vs Crystal Palace H2H Stats, the last five matches between these two clubs have resulted in three wins for Arsenal, one win for Crystal Palace and one draw. In fact, Arsenal have won 8 of their last 10 matches against Crystal Palace in all competitions, scoring at least two goals in each of those games.

Crystal Palace, however, are in a tremendous vein of form and are undefeated in 11 of their last 12 matches in the Premier League. It will not be an easy fixture for Arsene Wenger’s side but a 2-1 win for Arsenal is the most likely result.