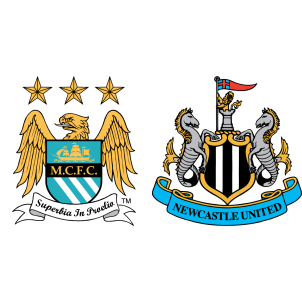 Manchester City sit atop the league standings with sixty-two points and in spite of their 4-3 loss to Liverpool in their previous league outing, Pep Guardiola’s side are the favorites to clinch the league title this season.

Newcastle United are fifteenth in the league table with twenty-three points, having won two, drawn two and lost two of their last six league matches, including a 1-1 draw against Swansea City last weekend.

Benjamin Mendy, Phil Foden, Gabriel Jesus, Vincent Kompany and Fabian Delph are sidelined through injuries for Manchester City while the visitors will be without the injured Jesus Gamez, Florian Lejeune and Aleksandar Mitrovic.

Manchester City have won their last ten home matches in the Premier League, scoring at least three goals in eight of those games.

A 3-0 win for Manchester City is the most probable result tomorrow.